We've got less than a week before Star Wars hits the shelves on Blu-Ray. Have you pre-ordered your copy? To help get us through these final days, let's take a look at the latest installment in our month long Star Wars celebration.

Clone Wars (not to be mistaken with the later THE Clone Wars set) was a small, very contained series. The series initially started as a regular set of toys, but later developed to resemble figures as seen in the Cartoon Network series which aired in three minute animated segments for two seasons.

The line relied heavily on repainted/repackaged Clone Troopers, and failed to impress many collectors. It was considered so bad, and came and went so quickly that not many people even remember it existed. It remains the smallest set to date.

The series fits in between the 2003 and 2004 time frame of the Saga toy line, and finished up shortly after it. 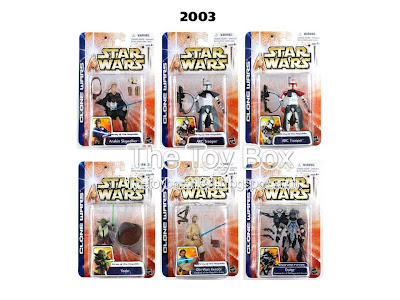 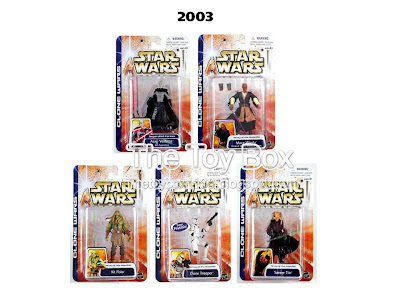 The deluxe figures were actually a pretty decent release for this line. While it didn't branch out into any new territory, the figures fit in with the line of toys well. 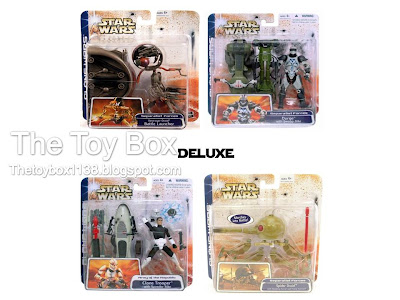 If there is one thing that this series introduced it was the variant color Clone Trooper rehashed packing scheme, and Hasbro tried to cash in hard on this. Why not? It was easy for them to do. Mold same old figue, change colors here and there, repackage, release.

The value pack was essentially two uncut cards side by side. 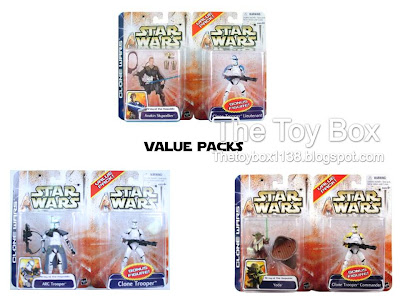 Multi packs, or in this case, "Army" packs were a set of figures designed to boost one's collection of a particular group quickly. They didn't so much as focus on individual characters, so much as just repaints. It was definitely just Hasbro trying to cash in on people who would buy anything that said "Star Wars" on it. 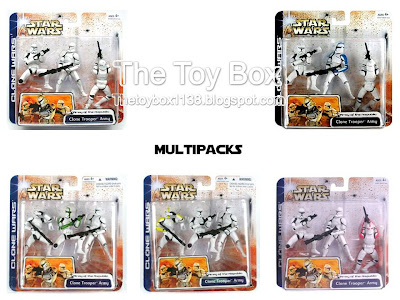 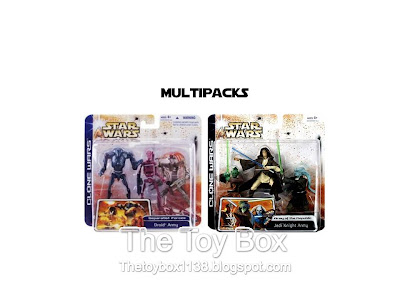 Vehicles got a little more attention in the Clone Wars set than they had since Episode I's toys. After all, Hasbro couldn't repack what didn't exist. 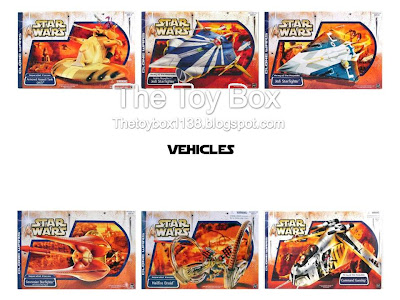 In this writer's opinion, the best thing to come out of this particular line was the figures based off of the animated series on Cartoon Network. They were colorful, the packaging was eye catching, and they were just different. 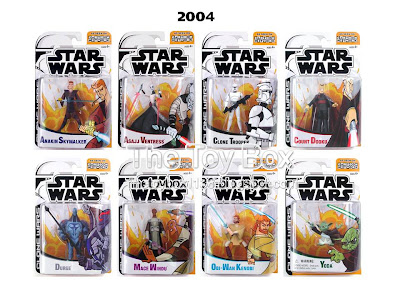 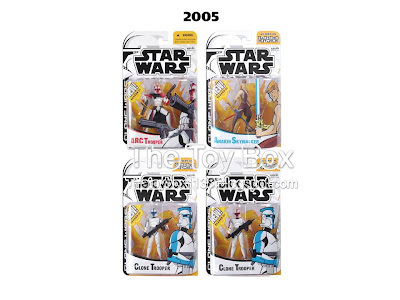 At the tail end of the series, Hasbro re-released five of the original figures in the series. This was most likely to push out back stock from warehouse storage. 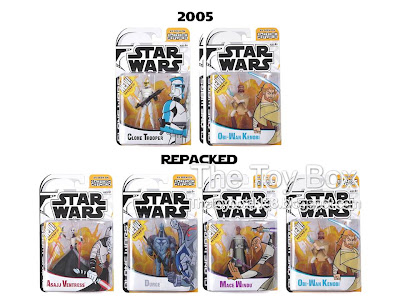 The Commemorative DVD Collections hit the shelves in celebration of Star Wars coming to DVD after almost ten years of people waiting for it. They were released along with season 1 and 2 of Clone Wars. 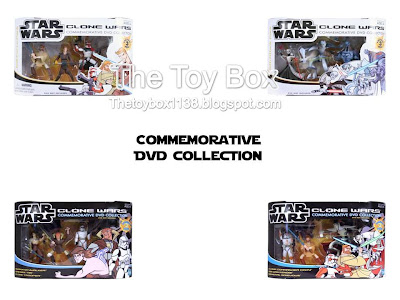 The animated figures hold a uniqueness of their own that alone make the series worth collecting. Though the series only had a little more room to grow being based on a story that has pretty much been rendered as not happening in the timeline of Star Wars ever since the Star Wars book Labyrinth of Evil.

I personally would have liked to have seen a few more figures from the animated side of the series. We never did get a Padme, R2-D2 or C-3PO. For how long the series ran (2003 - 2005) it certainly didn't meet my expectation for it.

Join us September 14, 2011 for the impressive Original Trilogy Collection.