Extreme Ghostbusters was an animated series set years after the original The Real Ghostbusters animated series. The premise of the series surrounds the concept that due to a lack of paranormal activity in the city the Ghostbusters have disbanded. Dr. Egon Spengler is the only remaining member of the team who has chosen to stay in the firehouse, monitoring the containment system and watching over Slimer. He makes his new living by teaching a class about paranormal activity at a local college.

When ghosts return, rather than call his old friends back into action, Egon instead seeks the aid of his small class of students to join him in his quest to once again bust the spooks. The only other returning familiar face was Janine Melnitz, the Ghostbusters original secretary who seems to have forgotten about Louise Tully, and picks up where she left off in her affections for Egon.

Though the show tried to be darker in its image with its rock/punk version of the original Ghostbusters theme, and dark under toned characters, it failed to really capture an audience and revitalize the franchise as Sony had hoped. The end result was only forty episodes with several unresolved story arcs, and character relationships.

Between 1997 and 1998, Trendmasters produced a series of toys based on the show, finding little success in the toy isles. Each Ghostbuster was represented in both a standard and deluxe edition, as well as a handful of ghosts. Unfortunately that's as far as the series got with the exception of the Ecto 1.

Well, let us backtrack a moment. That's as far as the series got in the USA. There were two more items produced and sold exclusively in the UK - The Ghost Blastin' Buster Bike and the Ghost Grabbin' Gyro-Copter. Not only are these two items incredibly rare, they're going to set you back anywhere from $50.00 to $1,000.00 to obtain depending on condition. 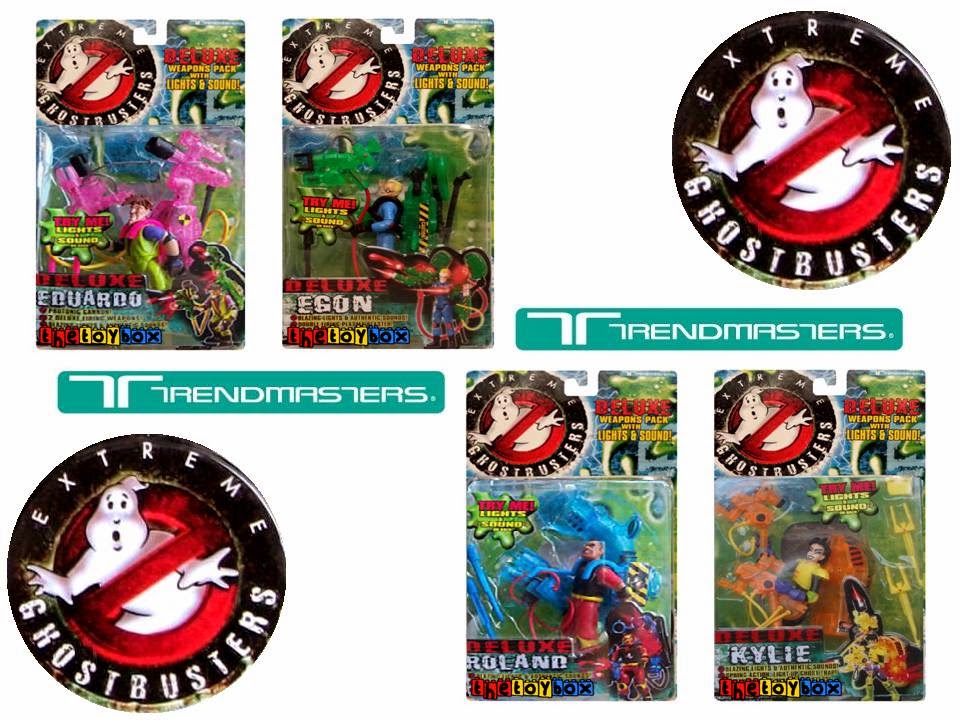 The series was fond of using bright neon colors for the characters, a style that was often used towards the tail end of the original Real Ghostbusters line from Kenner. 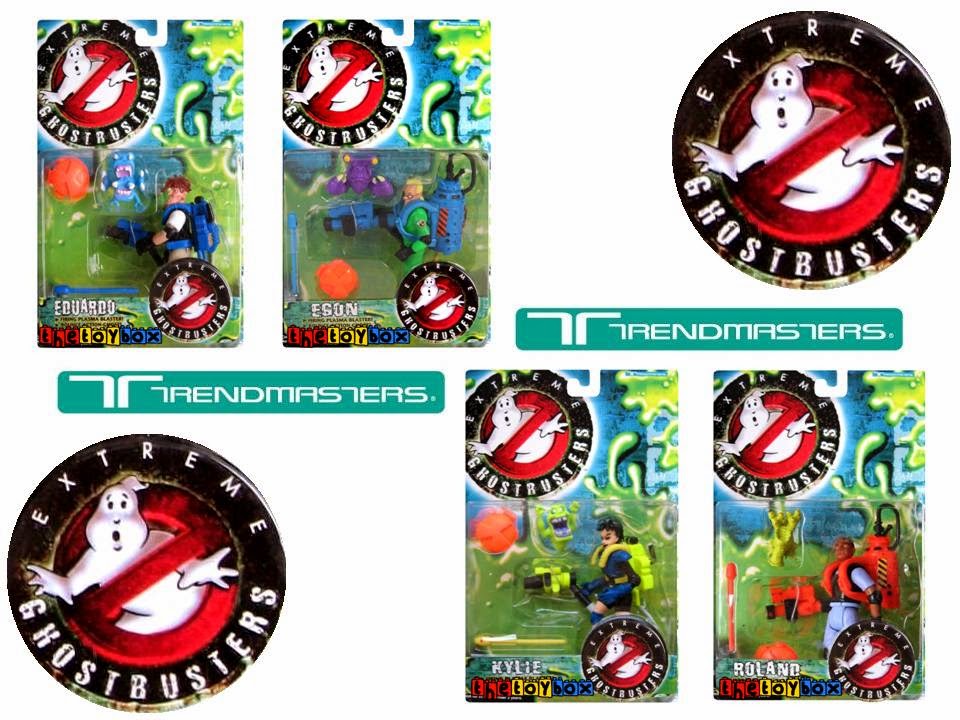 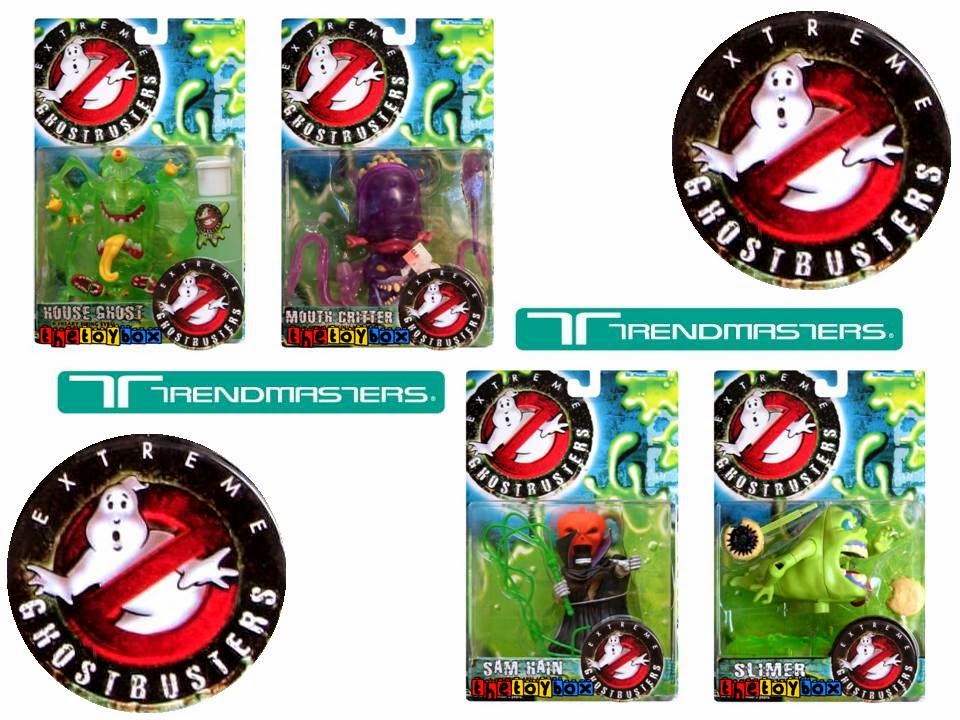 In terms of sculpt and design, the Trendmasters version of the Ecto 1 car is pretty spot on. It's hard to find fault in it at all. 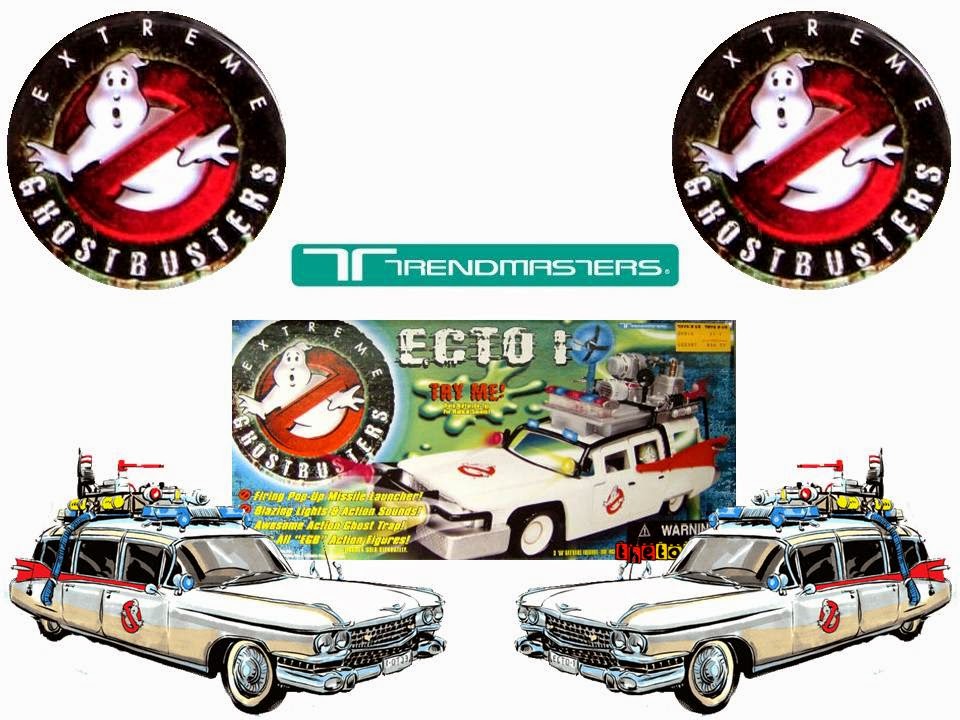 Join us next time when we take a look at The Dark Crystal!


Click "HERE" to go back to the home page. For more posts related to this one, please click the labels below.
Posted by The Toy Box on March 16, 2015
Email ThisBlogThis!Share to TwitterShare to FacebookShare to Pinterest
Labels: 1990's, Extreme Ghostbusters, Ghostbusters, Trendmasters