Has Mego produced everything pop culture related? It seems like you can pretty much find any kind of 60's and 70's persona in some form of Mego doll or figure. Go ahead and add Kiss to that lineup!

Kiss was at the height of popularity by 1978 having just released their sixth studio album, Love Gun, the year prior. The classic lineup of Gene Simmons, Paul Stanley, Peter Criss and Ace Frehley seemed unstoppable with many claiming the band was the greatest of all time.

With their insane stage shows, crazy make-up, and bizarre theatrics (typically by Simmons), the band was drawing in crowds at sell out shows, and raking in cash left and right.

Mego saw the potential to have a slice of that pie, and licensed to produce a doll based on each member. The end result was a collection which to this day remains highly popular and sought after by both Mego and Kiss fans. 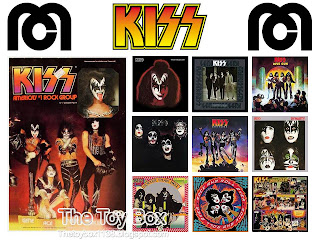 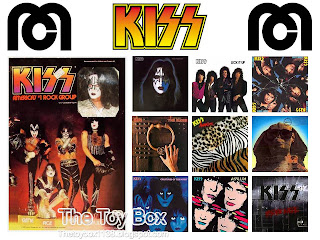 
Interesting in the sense of nostalgia, but disappointing from a collector's standpoint is how none of the figures actually included any accessories - You know, like a guitar. These were figures based on a  band after all. Instead, if you wanted to incorporate instruments with your doll you instead had to cut them out of the back of the package, and then (in the case of the drum) assemble it. Can you hear the collective jaws of toy fanatics dropping everywhere? Cut the box? Are you crazy?

Though not many kids kept the boxes for their toys back in those days, the end result of cutting them up to get the instruments only adds to the scarce nature of finding one "complete" or in the package. 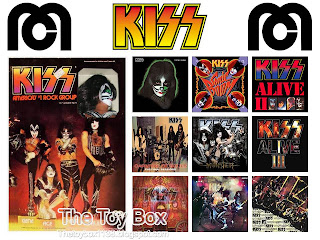 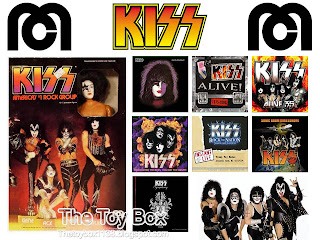 Join us next time when we take a look at The Wizard of Oz!