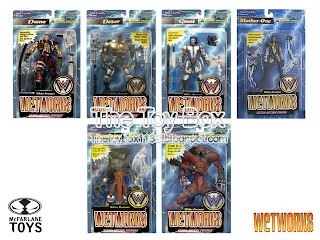 Wetworks was initially designed to be one of Image Comics core launch titles in 1992. Created by artist Whilce Portacio and writer Brandon Choi, the premise was to be about a team of black operatives who did battle against supernatural forces. Unfortunately due to the death of Portacio's sister, the series was put on hold, and wouldn't see the light of day until 1994. This in turn resulted in a hard blow to Image Comics.

During this time the internet was a relatively untapped source, and as a result fans couldn't necessarily turn to anywhere to find out what the delay was all about. As far as the majority of fans were concerned this was nothing more than the typical tactics currently leading the way at Image by way of announcing titles, then delaying/cancelling them with no word as to why. Due to fans not knowing the true reason of its delay, many did not support the title, and Image Comics slowly began to break up from the inside out. 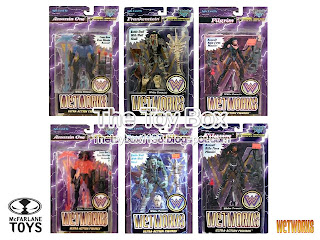 Writer Mike Carey and creator Whilce Portacio attempted to revitalize the title in 2006 with an all new series. It was cancelled after only fifteen issues.

With sales of the original series sputtering, Portacio turned to Image alumni Todd McFarlane who had recently found the best way to reach collectors was through his newly developed toy company, McFarlane Toys. Six figures (and one variant), which would become series one, were released in 1995 under the Wetworks name. They sold moderately well, mainly due to McFarlane's name being on the package. 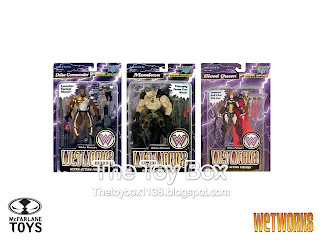 A second series was produced and released in 1996 which contained another six figures. This time the series included three variant figures. 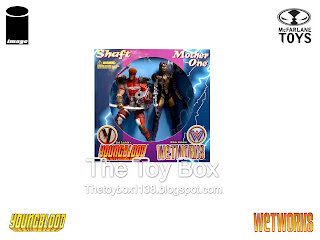 In 1995 a two pack which contained the Wetworks character Mother-One, and the Youngblood character Shaft was released. It sold moderately well, but not to the extent of what everyone behind it was expecting.

Today Image Comics are often times the punch line of the joke in the world of comics. What was once some of the most valuable modern times comics in the world can't even be given away. The majority of sales were based on hype, and the quality of the stories often times failed to deliver in the same regard as the quality of artwork. It was a brilliant idea at the time, and certainly paved the way for independent comic book writers/artists, but was certainly a lesson learned for the majority of people who left their comfortable jobs at companies such as Marvel and DC, only to end up going back to them when their business ventures failed.

Join us next time when we take a look at Youngblood!

Click "HERE" to go back to the home page. For more posts related to this one, please click the labels below.
Posted by The Toy Box on July 23, 2012
Email ThisBlogThis!Share to TwitterShare to FacebookShare to Pinterest
Labels: 1990's, Brandon Choi, Comic Book Toys, Image Comics, McFarlane Toys, Whilce Portacio