Smallville will go down as one of the most critically acclaimed television series based on a super hero (to date). The series debuted with over eight million viewers, and by it's tenth and final season had a fairly consecutive viewing each week of approximately three million homes. During its ten year run, the show won awards from Emmy's to Teen Choice, and even Leo Awards. The show was so popular that it even lead to spin offs in young adult novels and comic books.

Throughout its run, fans sat on the edge of their seats wondering just when Clark Kent would dawn the iconic Superman costume. The series didn't disappoint with its final episode when in the last moments we finally see Superman burst upwards through the sky.

DC Direct helped to build anticipation for the series with its 2000 release of three figures based on the actors and their characters. 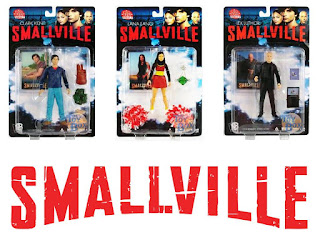 
It's interesting that the series lay dormant until 2008 when DC Direct once again returned to the line to produce a second series. This time the line focused on the superheros which had made iconic cameo appearances throughout the episodes. 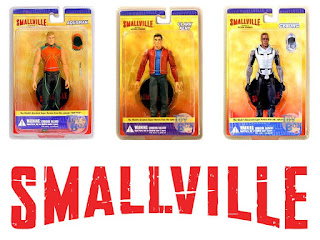 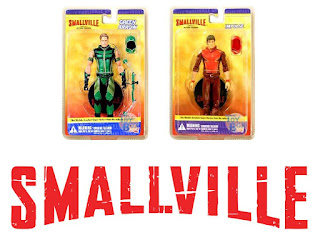 These figures are by no means scarce these days. Unfortunately for sellers though, what is rare is finding a buyer. It seems that while the television series was a huge success, the figures themselves are a rather large dud on the world of action figures.

Click "HERE" to go back to the home page. For more posts related to this one, please click the labels below.
Posted by The Toy Box on August 07, 2017
Email ThisBlogThis!Share to TwitterShare to FacebookShare to Pinterest
Labels: 2000's, DC Direct, Smallville, Superman, WB