Despite being based on one of the most popular animated series to date, Playmates Toys couldn't find success with their rendition of toys based on Family Guy.  The lack of the success for the line was probably because Mezco had already had several years of success producing various toys, covering pretty much every figure that fans wanted.  When Playmates launched their series, it was nothing more than a rehash of what had already been done.  As a result, the series contained only six basic figures, and one deluxe figure. 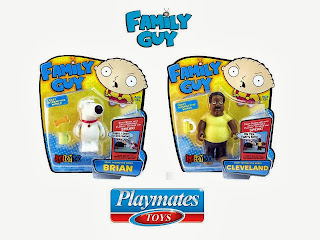 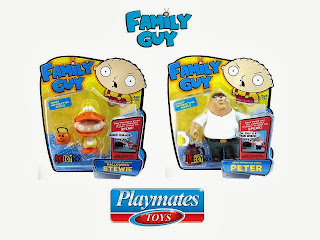 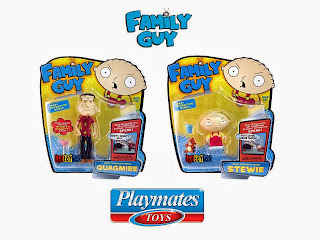 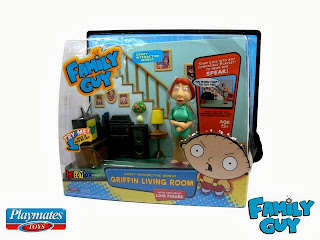 A second series of figures was planned for the series,﻿ but to date was never released, and since the series was never officially cancelled by Playmates Toys it is possible, though unlikely, that they could surface at some point.  Those figures would have been; Chris, Death, Joe Swanson, Meg, and Tuxedo Brian.  A deluxe Drunken Clam was also scheduled for release, but no figure was announced to accompany it.  No prototypes of this series have been confirmed to exist.

Join us next time when we take a look at The Crocodile Hunter!

Click "HERE" to go back to the home page. For more posts related to this one, please click the labels below.
Posted by The Toy Box on February 03, 2014
Email ThisBlogThis!Share to TwitterShare to FacebookShare to Pinterest
Labels: 2010's, Crazy Interactive World, Family Guy, Playmates Toys