In a day and age when the console wars had pretty much determined the victor, one would enter the arena to shake them all... 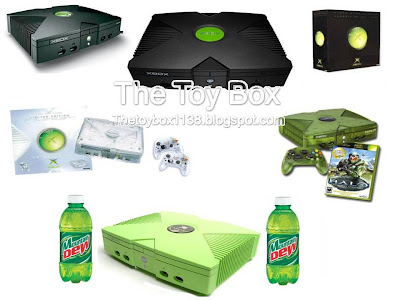 It was 1999. Nintendo was at the top of its game with systems like the N64 and Gamecube, and Sony was right on their back with the Playstation and Playstation 2. Sega continued to struggle along producing such flops as the Saturn and Dreamcast. That's when Microsoft took center stage with their announcement that they too would be stepping into the arena for their share of battle in the console wars.

The Xbox first edition was initially developed by a small Microsoft team that included game developer Seamus Blackley, and was slated for a 2000 release. However, consistent delays would end up pushing the systems street date back almost a full year.

It wasn't until November 15, 2001 that gamers would get their hands on the coveted new gaming machine. Gamers were immediately blown away with such impressive launch titles as Dead or Alive 3, Amped: Freestyle Snowboarding, Halo: Combat Evolved, Fuzion Frenzy and Project Gotham Racing, which help to make Xbox a household name literally overnight.

The Xbox was the first major console to incorporate a hard disk drive, used primarily for storing game saves compressed in ZIP archives and content downloaded from Xbox Live. This eliminated the need for separate memory cards, although they were still produced for gamers interested in taking their saved games from console to console. 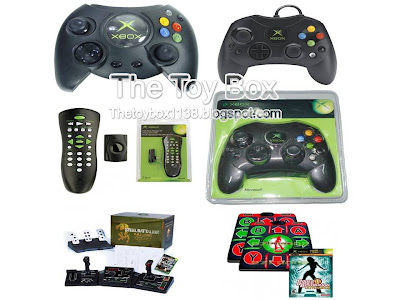 One of the most notable differences in the initial launch of the Xbox as opposed to later releases is the controller. The first, which has been dubbed names such as "The Flying Saucer, "Frisbee", and/or "Bulk Piece of Shit," is rather large, and was actually the cause of much frustration to gamers. The shear size of it alone made it difficult to hold, let alone use with much skill. Fortunately Microsoft listened to the complaints of the consumer, and a slimmed down, more gamer friendly version of the controller was released, while production ceased on the original. This smaller versioned controller would see many different color variations over the years, but the model would remain the same.

A fault of sorts to the Microsoft Xbox would be the lack of ability to play DVD's without the use of the DVD Playback Kit. It wasn't that the system couldn't read DVD's without this kit, it was that the game controller didn't navigate the menu screens. For this, Microsoft was "generous" enough to release the Playback Kit which included a DVD remote controller, and a sensor which needed to be attached to a controller port on the front of the system. Despite the cost, the kit was a much appreciated and sought after asset for the system - Particularly to hardcore gamers 100% ready to back Microsoft and push the Xbox to the number one gaming system in America.

Other game specific peripherals would come and go for the Xbox. One of the most expensive, and most highly collected by gamers is the three piece Steel Battalion controller and game. box set. Originally retailing at $200.00, the box included the original Steel Battalion game, as well as the three piece controller, and foot pedals. Because the game was exclusive to the Microsoft Xbox, and produced in such low quantities only increases the secondary market value these days.

Not exclusive to the Xbox were the DDR (Dance Dance Revolution) play mats. The mats would come in various styles and colors with each updated release of the game. Noteable is that the quality of the mats also increased with each release. 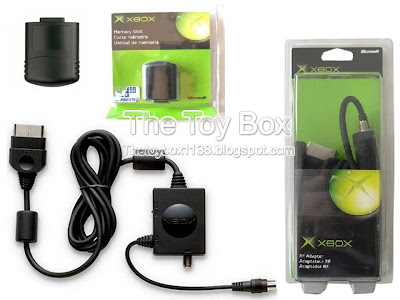 The biggest complaint with Xbox owners would be the memory cards. Because the games were so large, there were a large number of them that didn't fit on the cards, and therefore could not be saved to them. Sure, this problem wasn't necessarily a huge issue since the hard drive more than accommodated your vast library of games. But, since the memory cards were for the gamer on the go, this eliminated a lot of options in games that could be saved and taken to a friend’s house.

Also available for those yet to make the jump to stereo TV's was a typical RF unit - Though not many of these sold as coaxial televisions were a bit of a thing of the past by 2001. 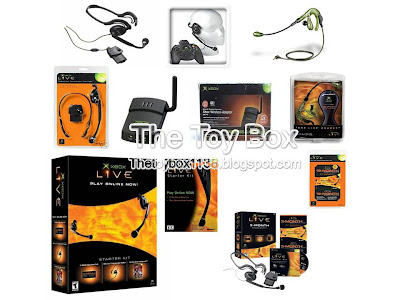 If there was one thing that helped push the Microsoft Xbox out in front of all the other consoles on the market it was Xbox LIVE. LIVE allowed players to play across the Microsoft Gaming Network with people around the world, 24 hours a day, seven days a week. Not only could you play with friends in a different state or country, but with the communicator set (AKA a headset), you could also talk directly to them. No more typing out sentences while trying to play games. No bringing up individual chat screens. All of this simply by plugging your headset into your controller and speaking.


There were several 3rd party headsets to choose from, but most users chose either the official Microsoft version, or the limited edition Halo version.

For LIVE users who didn't have a router readily available to them at the source of their XBOX, a Wireless G router was released. While it wasn't an official Microsoft product, the package informed buyers that it was licensed by Microsoft, and designed specifically for the Xbox. Though, as with anything wireless, signal played a large part with the problems the router, and several users who used them experienced lag time in games, and a lot of times couldn't even connect to gaming sessions. In the long run, it was determined that a direct connection via USB produced the best results.

Over the years of the Microsoft Xbox there were several LIVE starter kits released. Most contained either a three or twelve month subscription card, as well as a headset. Others included the above items as well as specific games that were considered to be "hot" at the time via LIVE. When Xbox Arcade was officially launched, the starter kits began packing in various arcade games such as Pac Man or Hexic.

But, what's a console without games? If there's one thing the Xbox didn't lack, it was games. Over eight hundred games were released between 2001 and 2008. The first being Halo: Combat Evolved, and the last being Madden 09. In between those games were a variety of any genre a fan could want.

Rather than list them all, please feel free to take a look at the complete library as collaged below in the nine photos. Cause after all, it's far better to see something than have to read it. All are listed in alphabetical order. 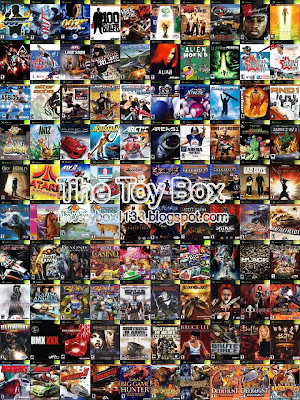 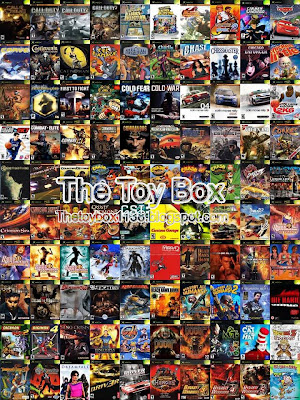 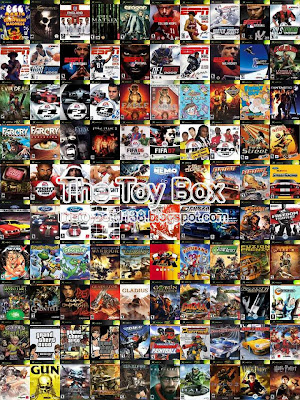 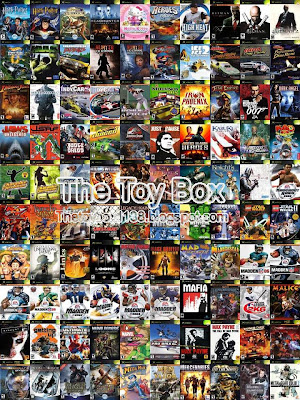 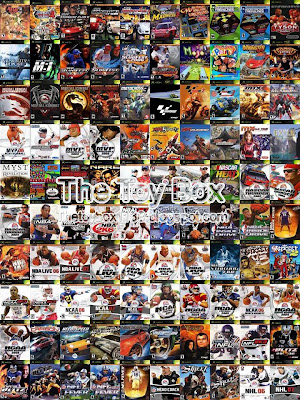 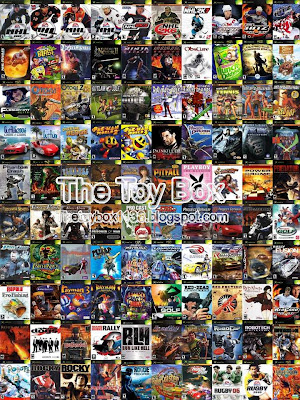 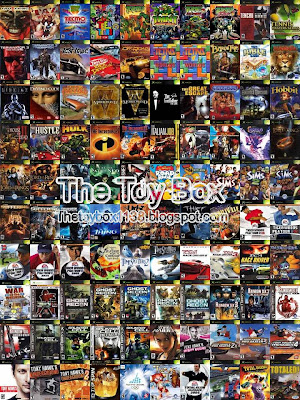 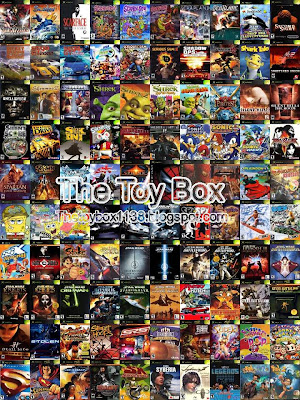 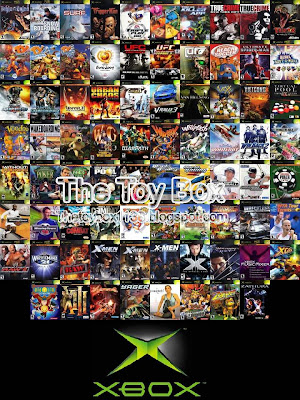 For me personally, the Xbox was an item of much enjoyment. So much so that it became a hobby of sorts. I personally owned about four hundred games before cashing all of them in for the 360 upon its launch.

It was a great system, and unlike the 360, I never experience any major issues with it. Sure the disc drive broke when I slammed it after a particularly frustrating session of Ninja Gaiden, and I even had to update my system with a later model after about three years (due to some of the later games not being able to be read), but even then, it was well worth it to me.

If the NES is my favorite gaming system of all time, I can honestly say that the Microsoft Xbox isn't far behind it.

Click "HERE" to go back to the home page. For more posts related to this one, please click the labels below.
Posted by OK Records 1138 on August 14, 2009
Email ThisBlogThis!Share to TwitterShare to FacebookShare to Pinterest
Labels: 1990's, Microsoft, Video Games, Xbox