Batman, Superman, Wonder Woman, Lex Luthor, The Joker - All of DC's major cast of characters shaped what is considered to be one of the most thorough and complete lines of super heroes to date. Mainly because these days it seems that every super hero has their own line of toys - Specifically when a new movie hits theaters.

But, back in 1984 when Kenner approached DC Comics, there weren't too many comic book movies around, at least, not any good ones. Instead, Kenner wanted to produce a line of toys based on the height of comic book popularity...At least, the height for that particular decade.

Between 1984 and 1986, Kenner produced thirty-three figures for the now highly collectible line across three series of figures. At the time, this was an incredible amount of figures to produce in such a short period of time. What makes this series even more special to collectors is that Kenner didn't skimp on the detail. One look at each figure, and fans could easily identify them.

Series one contained a major lineup of "main" characters both good and evil from the DC universe. 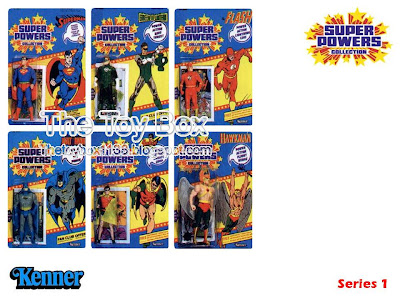 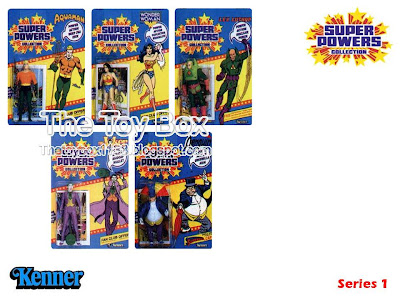 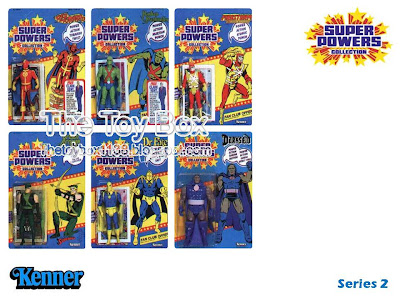 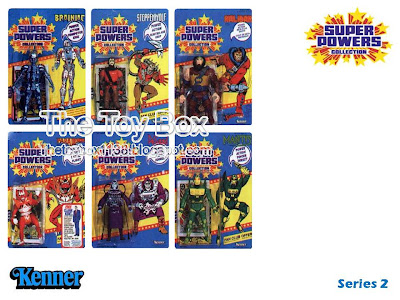 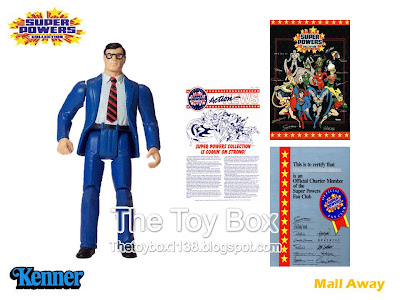 Both series one and two offered collector's the chance to get the excluisve mail away Clark Kent figure. For five proof of purchases, you would get; the figure, a poster (signed by the heroes), the first issue of the fan club magazine (with an offer to join the club), a patch, and a sticker.


When series three was released in 1986, the line was dwindling in popularity. Despite its strong launch, and loyal fans over the prior two years, the children of the 80's were quickly growing up, and action figures were becoming a part of their pasts. Despite plans for a forth series, these next ten figures were the last in the series. 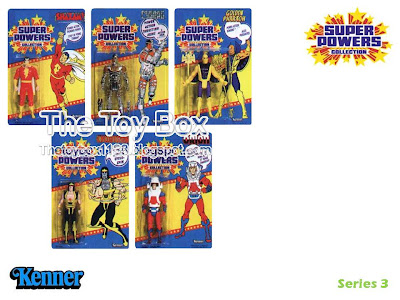 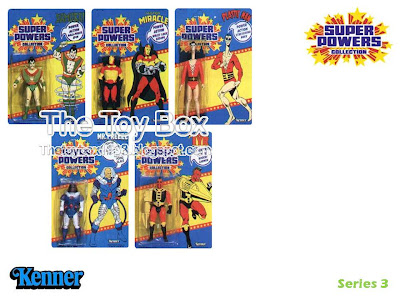 
Several vehicles were released between series one and two, and while some vehicles were planned for series three, due to the sudden cancellation of the line, they were never produced. A box mock up and an actual prototype for the All Terrain Trapper exist, though it is unknown were these items currently are, or who's collection they are in. 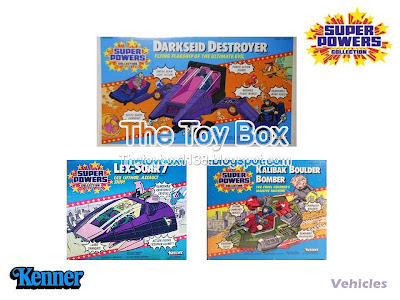 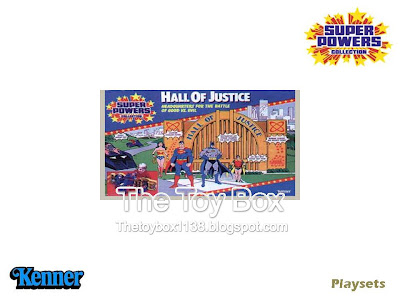 While two playsets were planned for the series, only one was ever released; the Hall of Justice. The other playset, Tower of Darkness, was scheduled to be released during series three. Like the vehicle, the All Terrain Trapper, a prototype does exist, but it is unknown where that prototype is today.

To help boost sales, in 1985, Kenner and DC combined forces with legendary cartoon creators Hanna-Barbera who produced the series The Super Powers Team: Galactic Guardians. To date it is considered to be one of the most faithful adaption of these beloved characters.

Sadly, while beloved by true comic book fans, it didn't click with most children who were moving on from their Star Wars and He-Man years on to more adult themed things. The series lasted only eight episodes. Fans of the series can relive their fond memories via DVD as the entire series was released in 2007.

To date, Super Powers is one of (if not) the best super hero based toy lines. Yeah, they had buttons on their backs for "super moves" that made them a whole heaping fun to play with, but overall, back then, and even these days, they're just really cool to look at. It's no wonder that the Super Powers toy line is so sought out by collectors today. It's just that good.