The Nightmare Before Christmas (Neca)

In 1993, Hasbro found very mild success with figures based off of the film The Nightmare Before Christmas (you can visit our Hasbro post "HERE"). Since then, several more toys, and various trinkets based on the film have hit shelves across the world.

Some of the best merchandise based on the series is NECA's 2004-2007 line of figures. Each figure is crafted to absolute meticulous detail with amazing true to film accessories. If you're looking for great The Nightmare Before Christmas toys, look no further.

There were six series of figures, each with four figures per wave (or, 24 figures total). The packaging was a generic blue/black background all encased in a sealed plastic bubble. 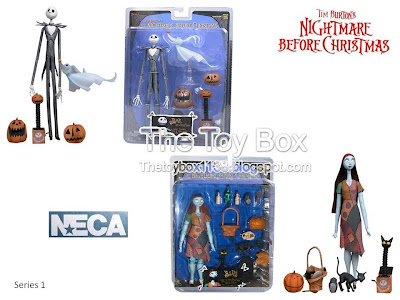 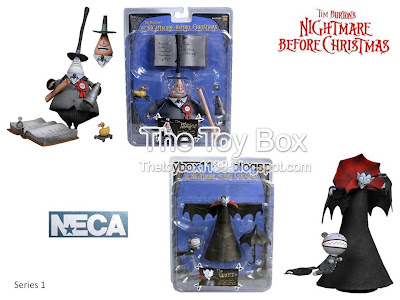 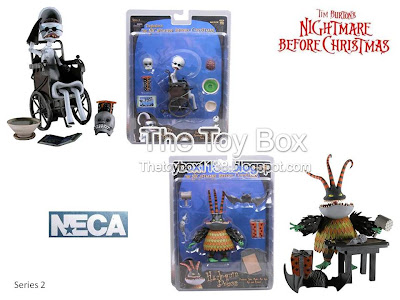 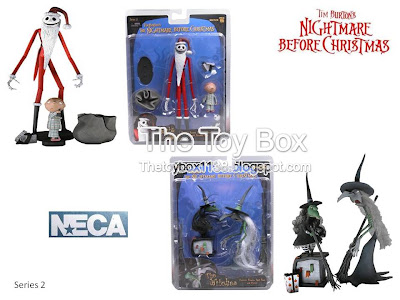 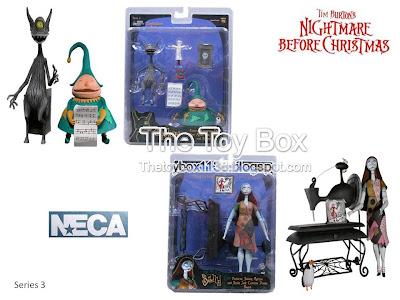 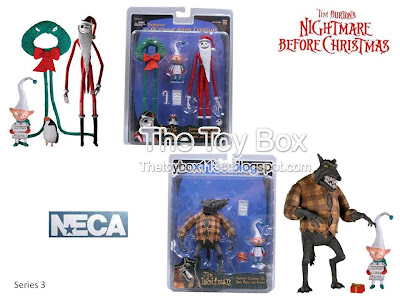 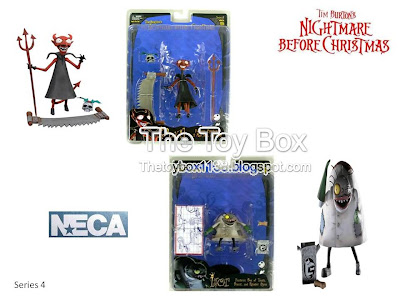 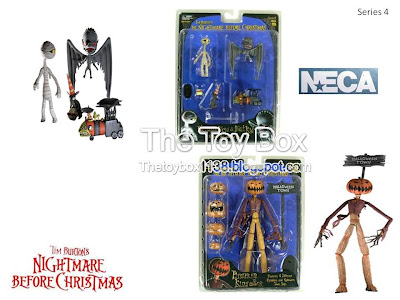 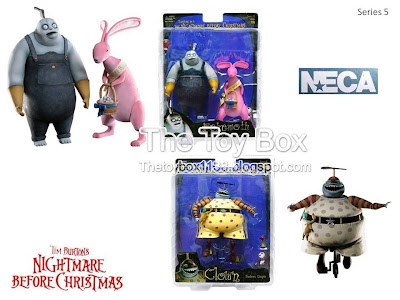 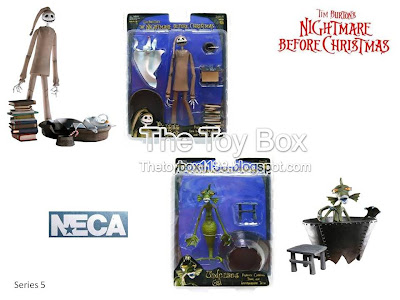 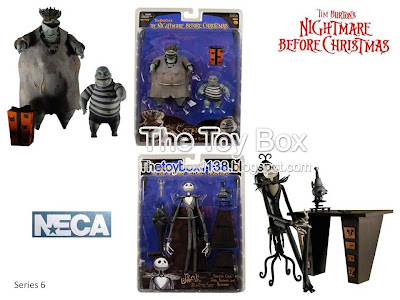 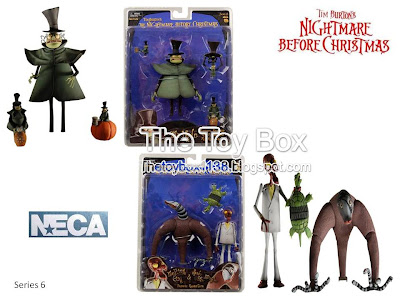 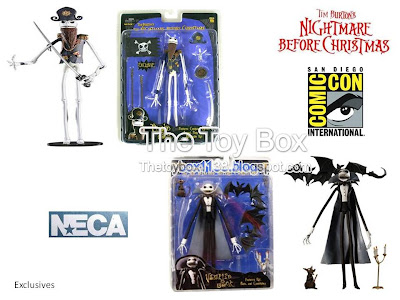 Several multipack/box sets were produced to coincide with the line. Many of them were repacked figures from the line, though some were altered in sculpt, or came with new backgrounds and/or accessories. There were also a handful of new pieces, such as the Lock, Shock, and Barrel three pack, and Oogie Bookie with Jack two pack. 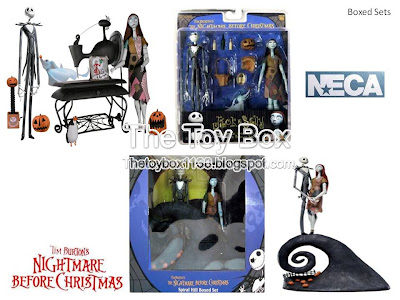 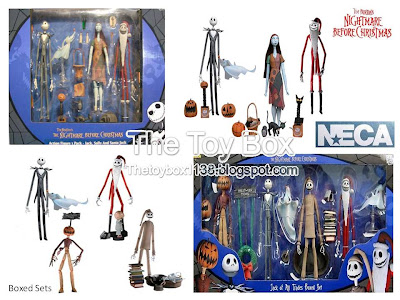 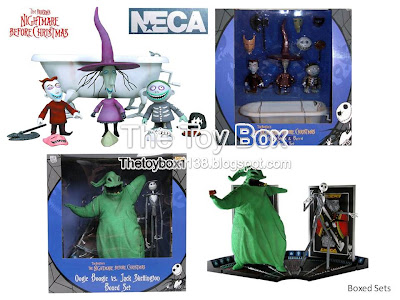 Two vehicles were also produced for the line. The Mayor's Car, which was limited to only 1500 pieces also happens to be the rarest piece in the entire line. It came in a regular beige box with no markings of any kind on it. 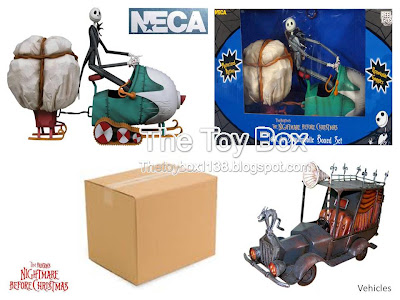 This line of toys is particularly difficult to come by, but even though this may be the case, each figure is still fairly reasonably priced between ten and twenty dollars each. There are a select few figures which can fetch as much as fifty dollars each, with the multipacks being incredibly difficult to track down, and prices vary daily.

If you're a fan of the film, then hands down this is a set you should be collecting. If you're not a fan, but love the thrill of the hunt, then this series is definitely a challenge.

Join us next time for our look at Monster Playsets!

Posted by OK Records 1138 on October 11, 2012
Email ThisBlogThis!Share to TwitterShare to FacebookShare to Pinterest
Labels: 2000's, NECA, The Nightmare Before Christmas, Tim Burton