Captain Power And The Soldiers Of The Future (Mattel)

It's the opening line to every episode of the short lived series, "Captain Power and the Soldiers of the Future."

The series suffered severe backlash from parents who deemed the live action show violent, and containing too many sexual innuendos and implied sexual encounters between characters. Though the show ran for 22 episodes, the typical length of a season for any show, the negative attention it attracted was enough to leave this series stagnant, and while a second season was planned (with an even darker tone), the series was cancelled prior to filming.

The show was initially designed around the toys - Specifically to interact with them, and be incorporated into children's playtime.

Mattel released nine figures in total across two series. Each figure came on its own unique card which highlighted the character in a drawing on the right side of the package. 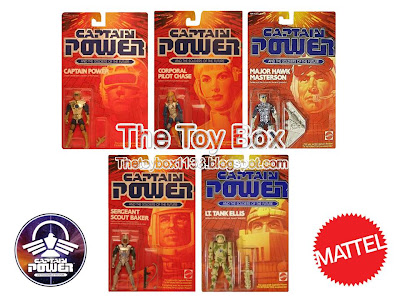 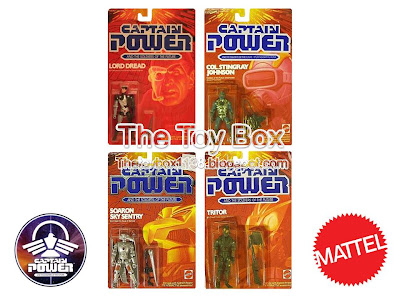 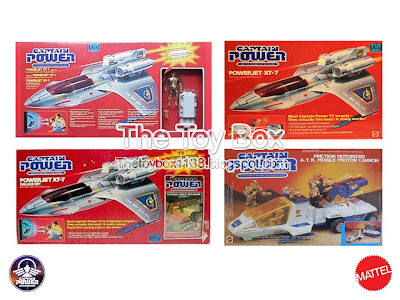 Like Lazer Tag, Captain Power used the premises of light gun technology. But, rather than using actual light guns, your weapons were the fighter planes, and various other vehicles, which you could either attack the other toys with, or shoot at the TV screen during either the live action show or animated show. Your fighter would rack up points as you hit various targets.

But, here's the catch. The targets on screen shot back. This too would register on your plane. Take too many shots and your pilot is ejected from the cockpit with a game over sound. 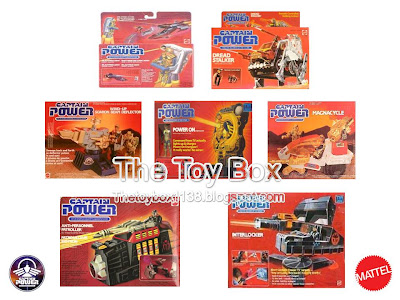 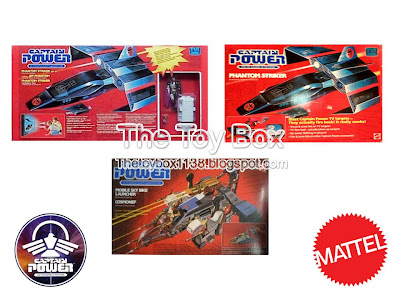 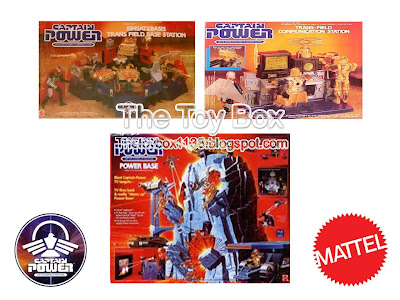 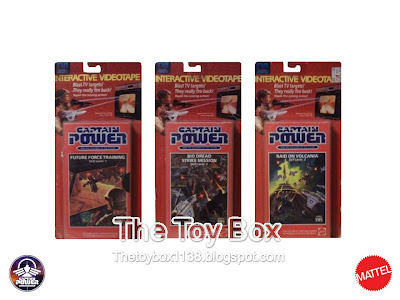 The show initially started out as a three volume animated series, all of which were available only on VHS. Each cassette was designed to be more challenging than the last, with the very first being specifically entitled as a "training mission".

When the series was turned into a live action show, five more VHS volumes were produced and released. The five VHS tapes contained two episodes per tape, for a total of ten episodes.

In 2011, the complete live action series was released on DVD. As a whole, and from an adult's perspective, the series wasn't bad. It just wasn't designed for children. While it's true that none of the producers of the series ever claimed it to be, the fact that it was based off of a children's toy, and designed to interact with them didn't do anything to attract a more mature viewer.

Captain Power was unfortunately a misunderstood, confused about its audience, toy and series that never found its nitch. For what it's worth though, the toys were incredibly fun, and to collectors are a cherished piece of their childhoods, even if they didn't understand the content of the show.

Click "HERE" to go back to the home page. For more posts related to this one, please click the labels below.
Posted by OK Records 1138 on September 14, 2009
Email ThisBlogThis!Share to TwitterShare to FacebookShare to Pinterest
Labels: 1980's, Captain Power, Mattel