You may have noticed that we've already surpassed our originally announced end date for new recurring posts here at The Toy Box. Please don't take this as a sign that we're staying with it. Rather, we are just working frantically to complete several posts that have long since been in the works in an effort to have personal finality (so to speak) with the site.

Rambo is one of those such posts. We've been working on it for at least two years, and while it's not necessarily to the point we want it to be, it at least covers the US releases. 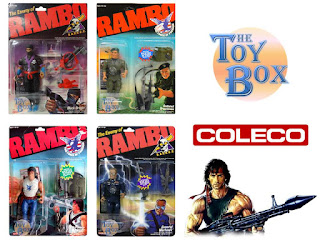 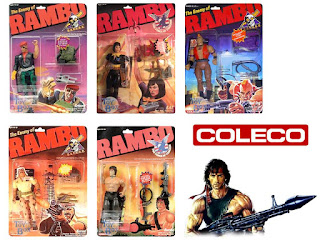 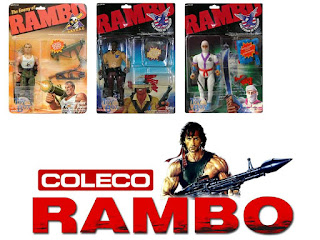 Series two of the figures are incredibly difficult to come by. You can find them sporadically lose, but mint in the package ones are next to impossible to get your hands on. 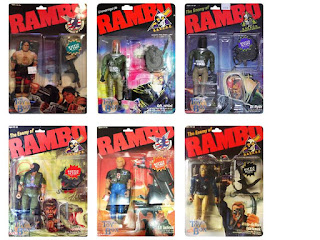 Josca, Coleco's division in several foreign countries, released a handful of items which were initially planned for the second series of toys. These included the highly sought after X-Ray figure, and two vehicles Swampdog and Savage Stormbomber. Sadly, these items were never officially released in the USA. We wish we had photos of these items, but they're so incredibly hard to find. Your chances of finding an X-Ray figure are slim to none. If you do find one, be ready to drop some serious cash on it.

Fun fact - The T.D. Jackson figure was reused by Josca and re-packaged as a Macguyver figure. It's even more so rarer than the actual T.D. figure, and can sell for as much as $700.00 in the package.

A special thanks goes to reader Anderson Ernesto for sending us a photo of X-Ray. 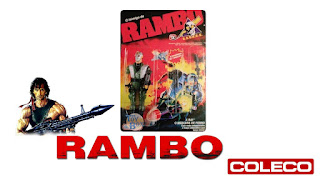 An all new sub-series of figures were also planned for a foreign release, and focused on a desert premise. Though some figures are known to exist, it is unknown as to how these figures came to be in the hands of collectors. I.E. prototypes, or a small retail release that made its way to store shelves before being pulled. 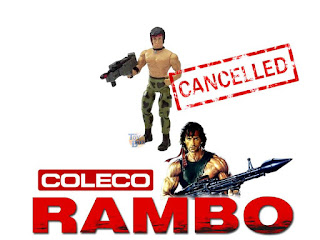 The final remaining cancelled item was the figure Muscle-Power Rambo, which was initially planned to be released in series two.

Only one version of this figure has been confirmed to be in existence, and that was in the hands of a former Coleco intern who worked on the line. When last we checked (which was in 2012), said person was attempting to sell the piece. We are unsure if they ever did or not.

Needless-to-say, whoever is the proud owner of this piece has the absolute most rarest item known to exist in the entire series. Many a fan would love the opportunity to own it, but sadly only one can.

The Rambo line was rounded off perfectly with a massive amount of accessories, playsets and vehicles - Some of which are harder to come by than others. We'll leave this post off here, so please enjoy the remaining photos in this series. 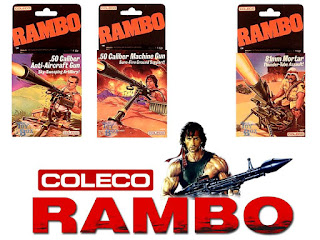 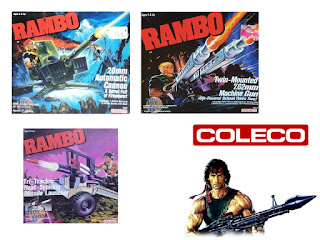 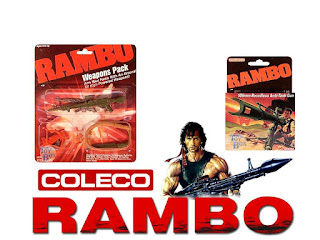 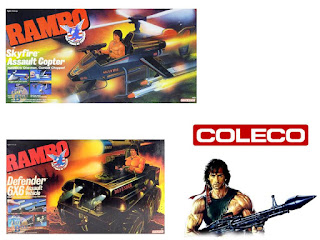 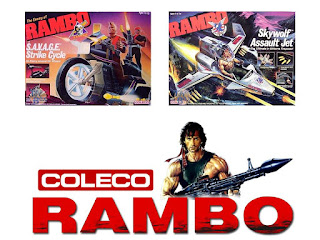 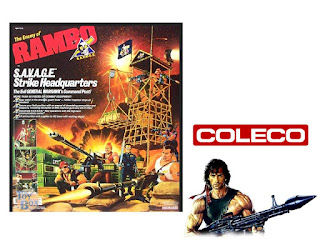 Join us next time when we take a look at Jaws!


Click "HERE" to go back to the home page. For more posts related to this one, please click the labels below.
Posted by The Toy Box on December 07, 2015
Email ThisBlogThis!Share to TwitterShare to FacebookShare to Pinterest
Labels: 1980's, Coleco, Josca, Rambo, Sylvester Stallone