By 1993, most children of the NES era had entered into their young teen years. However, when hearing about an upcoming Super Mario Bros. movie, many of us still got excited. Mario was a big part of our younger childhood years, and as new gamers of the SNES era, we were still embracing the character as a ground breaking video game icon.

Then we saw the movie...

To be fair, the movie would have been better received if it didn't have the title or character names associated with the Mario franchise. As a stand alone film, it's not terrible. It's just not Super Mario Bros. (to an extent). It doesn't help that the cast and crew hated the movie from the starting gate - Due in part to the husband and wife directing team that consistently ran over budget, and never discussed scenes with each other (not verbatim quote from Dennis Hopper).

Ertl wasn't necessarily the most well known toy company for producing action figures, but stepped forward to tackle a line of toys based on the film. Overall, they're not terrible. In fact, they're quite good as compared to their onscreen counterparts. Not bad for a company known for producing cars and trucks. In total, six figures, two vehicles, and two larger talking "dolls" made it to store shelves before the line was dropped. 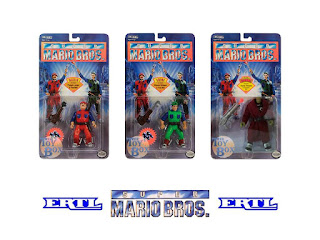 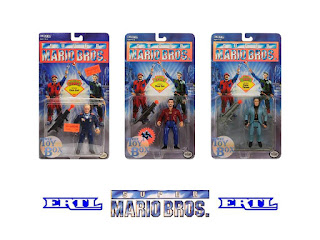 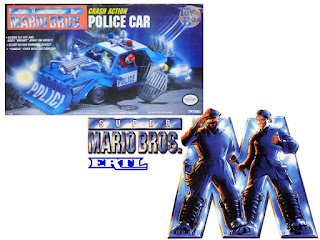 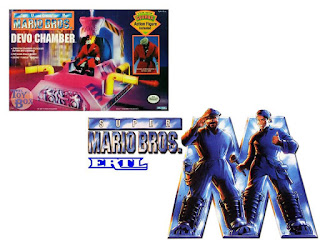 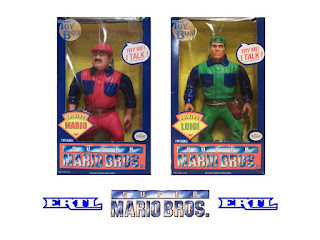 At the end of the day, the Super Mario Bros. movie stands as the ever shining reason why Nintendo so covets and protects its licenses from falling into the hands of film makers.When Hollywood has dollar signs in its eyes, they often times can't see anything beyond that resulting in the butchering of its source material for the sake of cashing in. We actually have to commend Nintendo for not doing this with its franchises. We all know they could run to the bank with movies based on Metroid, The Legend of Zelda, and so many more of their properties. Yet they refrain for no other reason than they respect their characters, and the stories that the numerous games have been built on.

Join us next time when we take a look at Rambo!


Click "HERE" to go back to the home page. For more posts related to this one, please click the labels below.
Posted by The Toy Box on December 03, 2015
Email ThisBlogThis!Share to TwitterShare to FacebookShare to Pinterest
Labels: 1990's, Ertl, Nintendo, Super Mario Bros., Super Mario Bros. Movie, Super Mario Brothers