Two posts for this Thursday!

We've had numerous requests to post up an article about Hasbro's 1999 line of 12 inch dolls / over-sized action figures based on Star Wars Episode I, The Phantom Menace. Here for your enjoyment is that very article.

We touched on Episode I merchandise on our original post pertaining to the highly popular 3 3/4 inch line "HERE". However, we really didn't touch much on the movie itself - Not that we really needed to. There's not much to say beyond these few facts - The film hit theaters in 1999, was the most highly anticipated film of the decade, and left fans split down the middle as to whether or not it was a worthy entry into the Saga.

Personally, we like the Prequels. and we'll leave it at that.

By the time Episode I merchandise hit toy isles, the world was in full swing of gobbling up Star Wars merchandise. Hasbro had found major success with a line of 12 Inch Collector's Series Dolls / Over-Sized Action Figures, and was looking to capitalize on that with the all new items based on The Phantom Menace.

The first wave of dolls came packed in what became the standard form of packaging for these particular items towards the mid era of the 12 Inch Collector's Series - I.E. a black window box. Much like its predecessor, there were both 12 inch and 6 inch characters to collect. 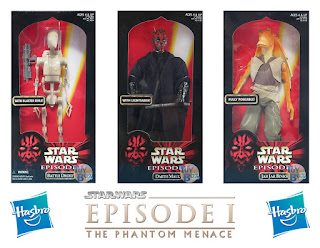 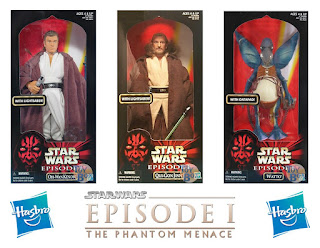 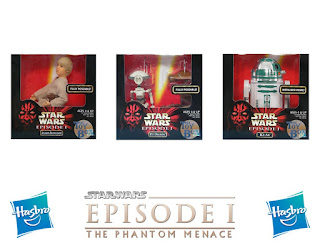 When the second wave of items started hitting store shelves, Hasbro updated the packaging to the more visible full window box. They also incorporated a background behind each character as a way to make the packaging "pop" on store shelves. 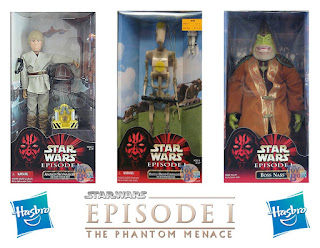 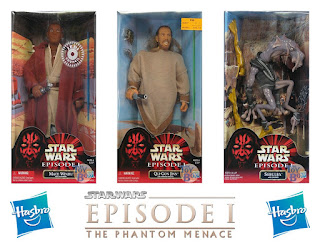 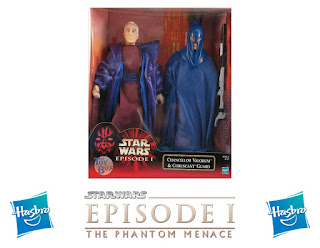 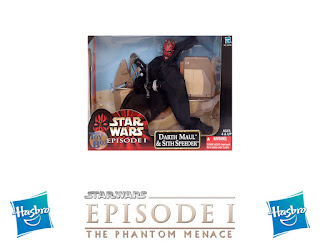 The series included a fair amount of electronic versions of numerous characters. All of them incorporated a talking feature which included phrases from the film. 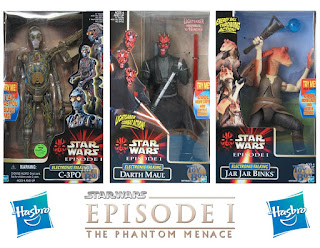 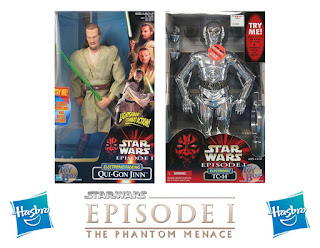 We initially included this particular item in our 12 Inch Collector's Series post, but the fact is that the Aura Sing Masterpiece Edition was actually released around the Episode I period of Hasbro's toy production. As such, we've included it here as well. 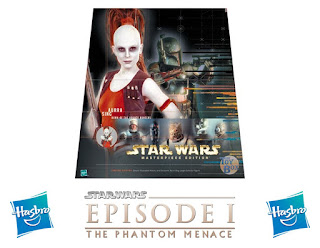 Though not technically part of the above collection, we didn't want to leave out the Queen Amidala Collection out of the mix. It was a set of four dolls which featured the Queen in her various garbs as seen in the film. It was also the only way that one could get her in 12 inch form to incorporate into the above line. 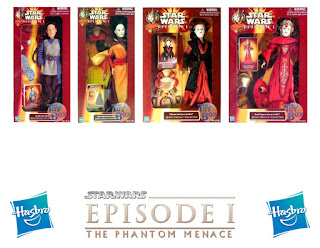 Last, but not least, we also wanted to incorporate the Portrait Edition Queen Amidala dolls. These dolls were marketed towards the Adult Collect of Star Wars specifically, and came with a price to match. These particular dolls are more so in line with Barbie as opposed to the above 12 inch ones.

Each doll was packaged in a beautiful box akin to that of the Princess Leia Collection released in prior years. It featured a small circular window to showcase part of the doll, and a fold open lid which hid the full window view. They were definitely eye catching. 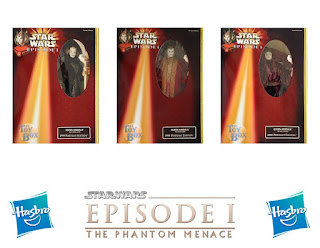 The last item released in the Portrait series was the two pack Qui-Gon Jinn and Queen Amidala - Defense of Naboo. The style of the package was more so geared towards the Queen Amidala Collection, and is easily mistaken as part of it. The only tell that it is not is that in the nameplate of the package it actually says, "Portrait Edition". 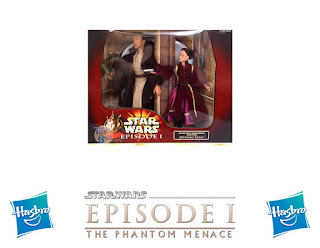 We hope you've enjoyed this look at the 12 inch items from The Phantom Menace. We know that this particular post has been one of numerous requests from our readers. As always, we want to thank our readers for being a part of The Toy Box. We will always try to accommodate all requests for particular posts, so don't hesitate to send them in.


Click "HERE" to go back to the home page. For more posts related to this one, please click the labels below.
Posted by The Toy Box on December 03, 2015
Email ThisBlogThis!Share to TwitterShare to FacebookShare to Pinterest
Labels: 12 Inch Collector's Series, 1990's, 2000's, Episode I, Hasbro, Star Wars, The Phantom Menace