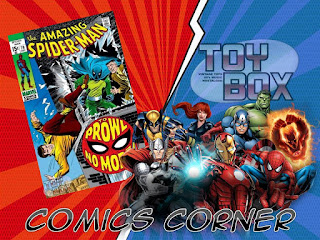 Posted by The Toy Box on October 17, 2020
Email ThisBlogThis!Share to TwitterShare to FacebookShare to Pinterest
Labels: Comics Corner, Issue 79, Spider-Man, The Amazing Spider-Man