Much like the action figures, G.I. Joe board games have decades of toy history behind them. They began their start in the 1960's and to this day continue to trickle out here and there.

Of course, the 60's games are those based upon the man twelve inch doll style action figures. Much like those figures, they have some pretty generic names such as Marine Paratrooper, Navy Frogman and more.

The premise was essentially the same spin and move mechanic for each game. In essence, the only real difference each one featured was a different board and characters to play as. However, this was really all a young child needed in the guts of a board game. I mean, let's be honest. How many of us bought those cheap 1980's board games because they had G.I. Joe, Transformers, Star Wars or a hundred other various properties we loved? We didn't care how the game played. We bought it for the box and figured it out from there. 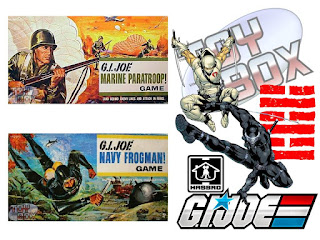 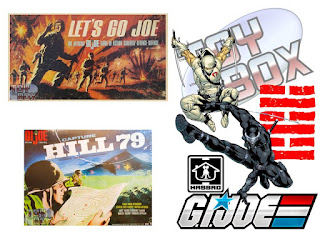 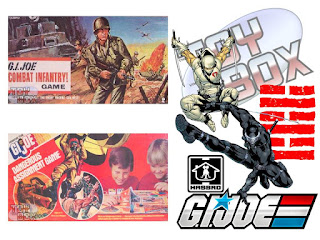 
Speaking of 80's games. These are the ones I personally saw on toy shelves back in the day. Though I never owned any, I wish I had. Look at all of the fantastic box artwork! How fun would it be to play these today with the actual 3 3/4 inch figures? Um, hello...Lots! 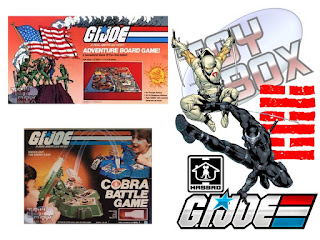 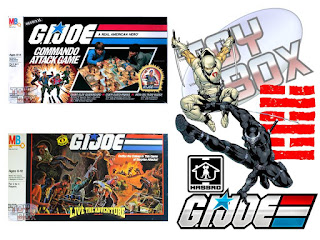 
As most of us know, G.I. Joe took a hiatus from the 3 3/4 inch line in the mid to late 90's and returned in the early new millennium. With it came a new board game as well as a repackaged Commando Attack. 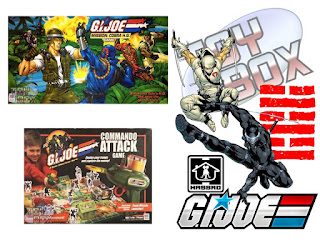 
I also want to give an honorable mention to Combat Fighter - A Rock em' Sock em' Robots type clone which was released in 2002. 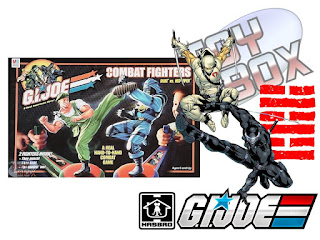 
As is the case with most properties, Hasbro doesn't spend a lot of time being inventive with their board games these days. While they do release them here and there, these are typically just repainted classics such as the below Monopoly and Battleship.

It's sad in a way. One of the great things about the 80's (and 60's and 70's I suppose) was walking down a toy isle and seeing all those stacks of generic board games based on cartoons, TV shows or toys from the era. Those days are unfortunately behind us and don't show any signs of returning. 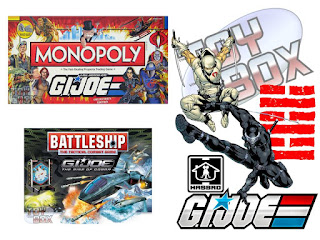 On secondary markets, board games are big business. They can be a challenge to collect due to pieces being misses and expensive to obtain in mint boxes with all of those said pieces. G.I. Joe is no exception to this rule. While you can find a "cheap" one here and there, the average is going to cost you around $40.00 to $50.00.